State of the Borough

VIEW OUR INTERACTIVE STATE OF THE BOROUGH REPORT

The State of the Borough paints a picture of Wirral using a range of statistics. Data is organised into themes, which can be explored via the navigation panel in the above link in an interactive way. View our summary report below. 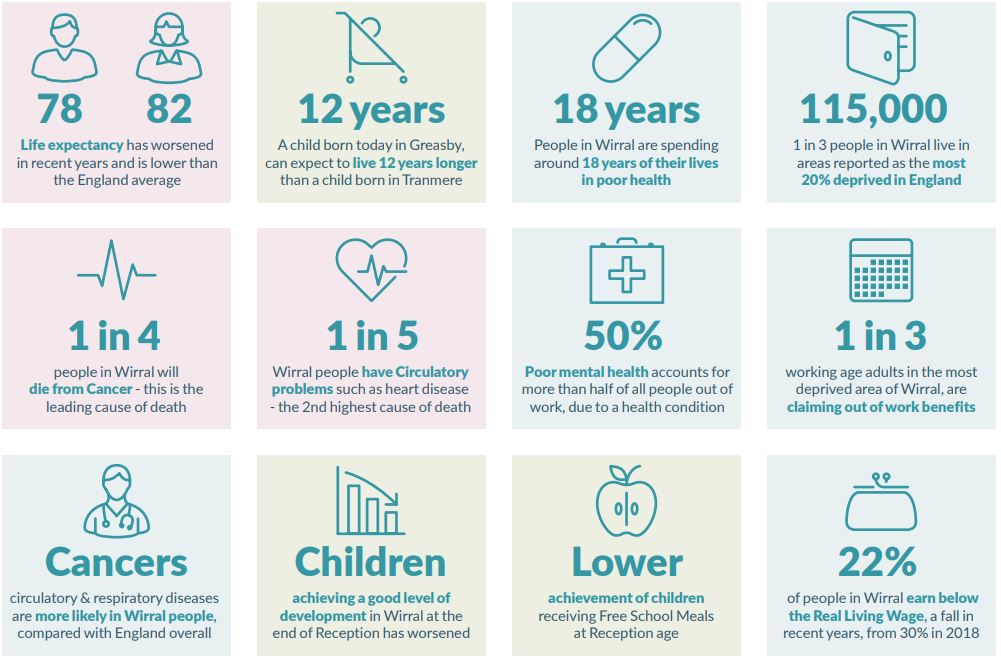 For more information please get in touch: wirralintelligenceservice@wirral.gov.uk

Note data on ethnicity from the 2021 Census is not yet available. Once available we will update the State of the Borough interactive report and summary

Create a culture of health and wellbeing, listening to residents and working together

This priority has not been included within the State of the Borough as of yet. Wirral’s Health and Wellbeing Insight Group are establishing an ongoing programme of community insight with local people linked to the strategy priorities, to measure impact, and influence ongoing action and strategy delivery which will then feed into the State of the Borough at a later date.

Protecting the health of people of Wirral from COVID-19, other infectious diseases and environmental hazards

A PDF version of this summary is also available